This has less to do with electronics and more with cleaning sawdust: the core of my small system works, it’s time to put it into a proper case.

I didn’t need anything fancy, but I wanted something nice to look at, enough to be displayed in my living room: I opted for a minimalistic approach, just a white cube with the LCD in front and the encoder knob on top of it.

There’s not much to explain… this is the core of the system: 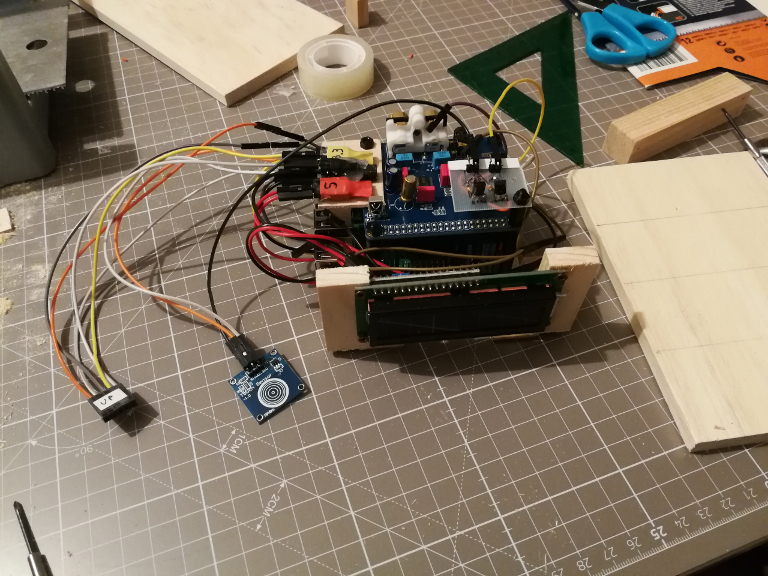 As you probably can see, I added a  touch sensor that will be placed on the front panel, above the LCD, completely hidden in the case. The sensor is connected to GPIO 16 and when pulled HIGH it triggers an interrupt to stop MPD for playing an active stream and to shut down the LCD. MPD itself will still run, touching the sensor again will resume playing the current stream (the last web radio I’ was listening to). The actual on-off button is placed on the back of the case.

I decided to add this kind of ‘fake’ shutdown because boot process is too slow: I will keep the PI running during normal operation, halting it only when I’m not planning to use the radio for some time. 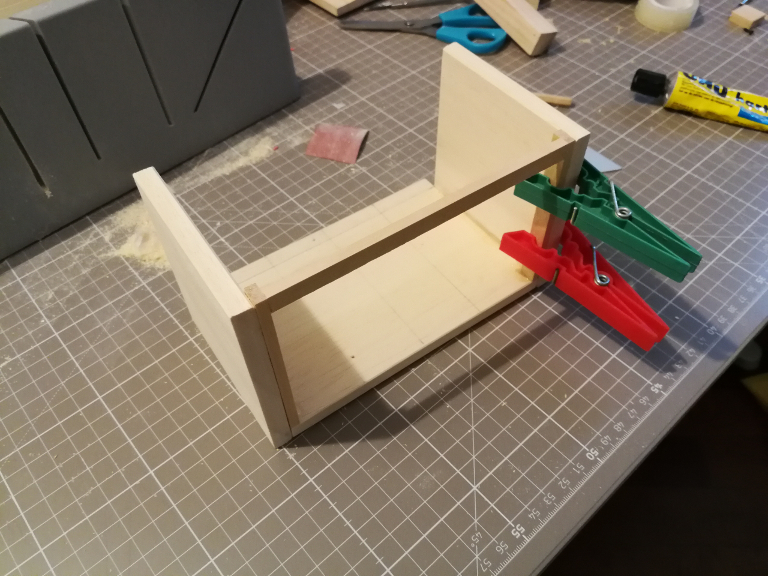 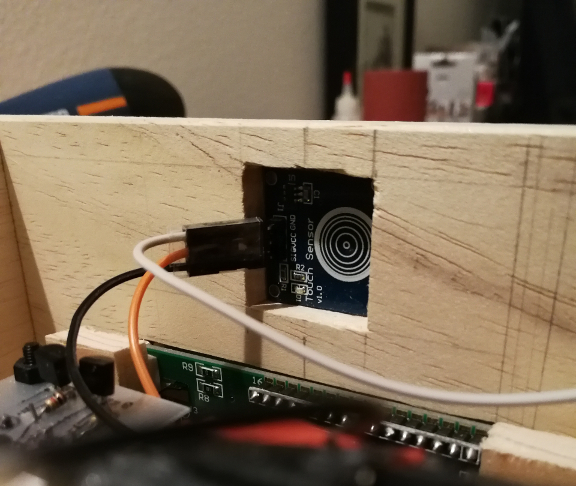 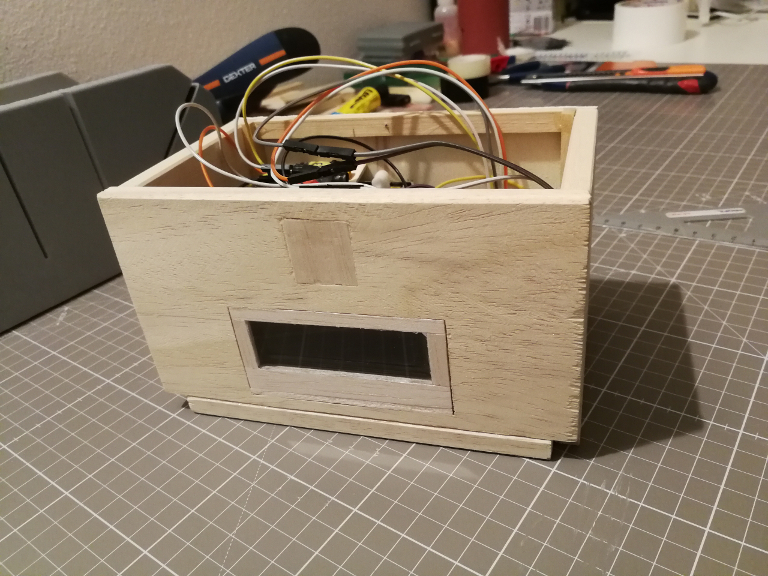 The encoder is attached to the top cover in a, ehm, removable way: 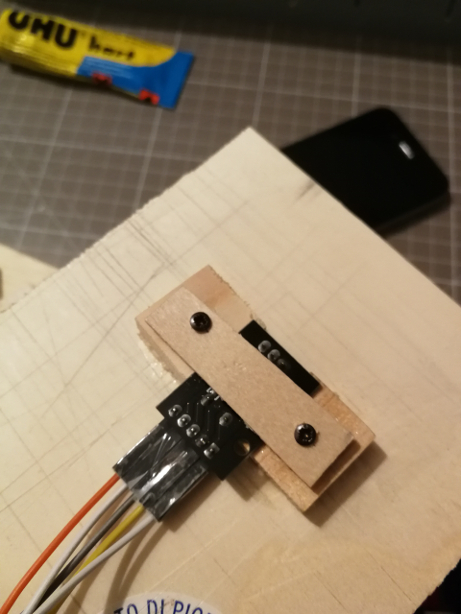 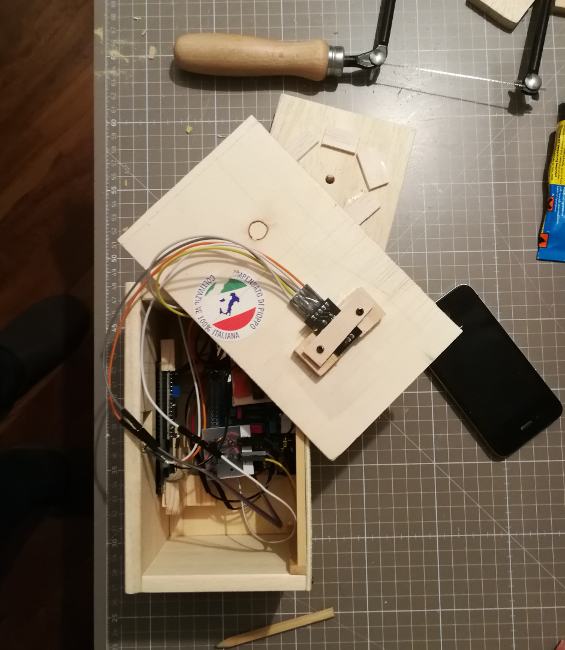 …and after a little painting…here it is! 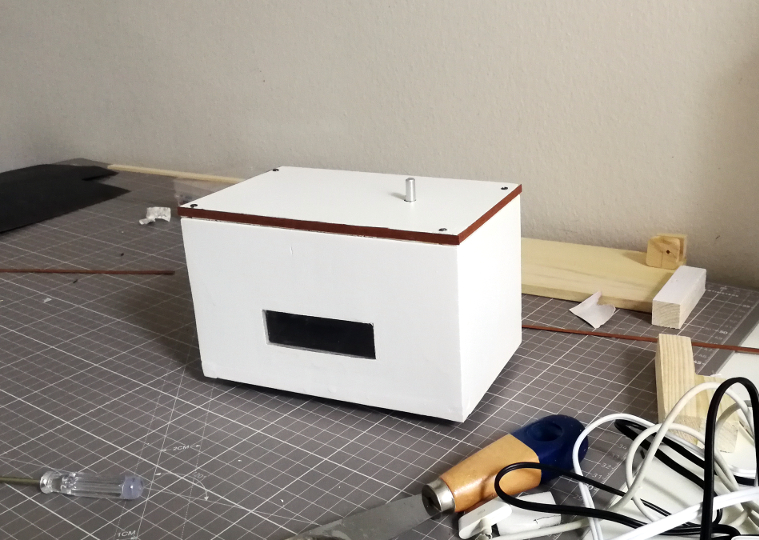 Two loudspeakers (I bought these from Amazon) completed the whole thing: 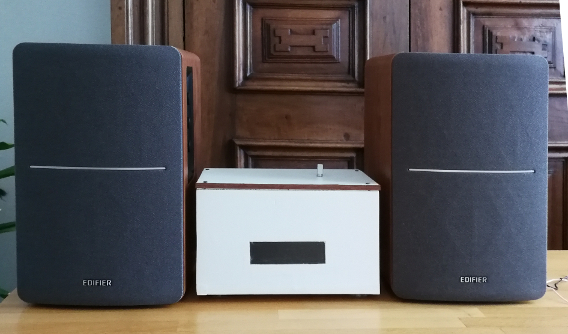 Now I can listen to one of the more than 900 Italian based web radios (or any other one in the world) or play music from Spotify using the same device…and it’s all operable through my smartphone. Mission accomplished!

This entry was posted in DIY, Hardware, Raspberry PI. Bookmark the permalink.