It’s summer: time to leave the keyboard and go play outside! After some googling (and after realizing that an FPV Multicopter is currently completely out of budget) I’ve decided to give a try at KAP, or Kite Aerial Photography. The idea is pretty easy and not new: just append a camera below a kite and take a snapshot. According to Wikipedia, the first known KAP session dates back to the nineteen century, thanks to Arthur Batut, a french photographer who’s been a pioneer in aerial photography.

To take snapshots from above, four things are needed: the kite, the suspension system, the camera mount and the camera itself. Over the Internet there are lots of descriptions on how to set all up, from very basic rigs to incredibly sophisticated ones (remote controlled camera mount, video downlink, professional cameras, etc..). Mine, needless to say, is more on the ‘basic’ side..

I used an Angel Sled from Bee Kite, designed explicitly for KAP. It can provide a useful pull also with light winds (less than 10 Km/h) and, from my experience, it’s quite stable. It doesn’t need any mounting: you can fly it just out of the bag.

From my Internet searches it looks like that a ‘Picavet‘ schema is the most suitable to build the suspension system. Since my camera is a GoPro Hero 3 I just ripped off the hard top part of the GoPro box (used for displaying the camera), added four ‘Meccano’ parts and some plastic rings to it and voilà, it’s ready.

The camera mount (and the camera)

Really basic option here: I could have just attached the camera to the picavet using the standard Gopro rigging, but I chose to add some additional protection enclosing the camera case within a small box filled with antishock material (a sponge). The result doesn’t look too cool, but it works (I just need to enlarge a bit the lens hole, since the borders are visible in the first pictures i took). 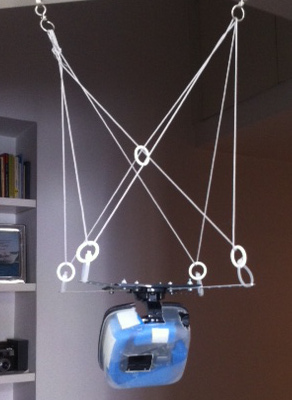 A couple of pictures I took today, first KAP session (click to see the large version)… 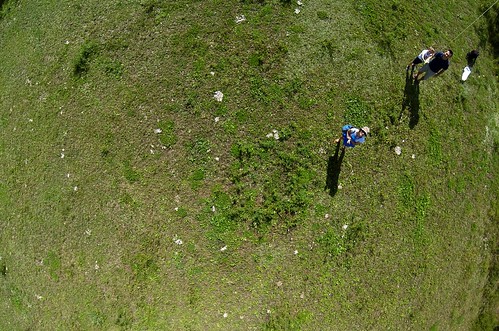 Higher altitude (around 80 meters, i think): 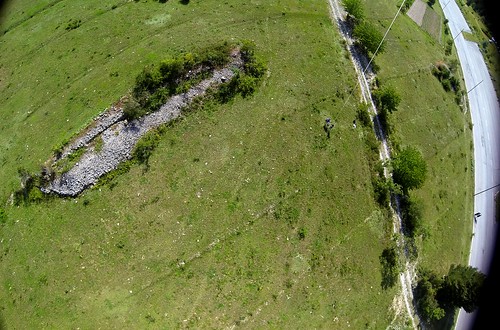